I have gotten this question a few times now so thought I would share it on here since I think it’s important to try and not take things personally as often as possible. This specific question was sent to me by sweetest Amber at Live It Out Photography (who also attended one of my workshops) after she had read the slew of comments under my apparently “controversial” guest post on East Side Bride.

Because I don’t like to see posts without images, here’s a random pic that has absolutely nothing to do with this post, but feel free to read into it if you’re so inclined…  (taken in Carmel, CA last October on 35mm film). 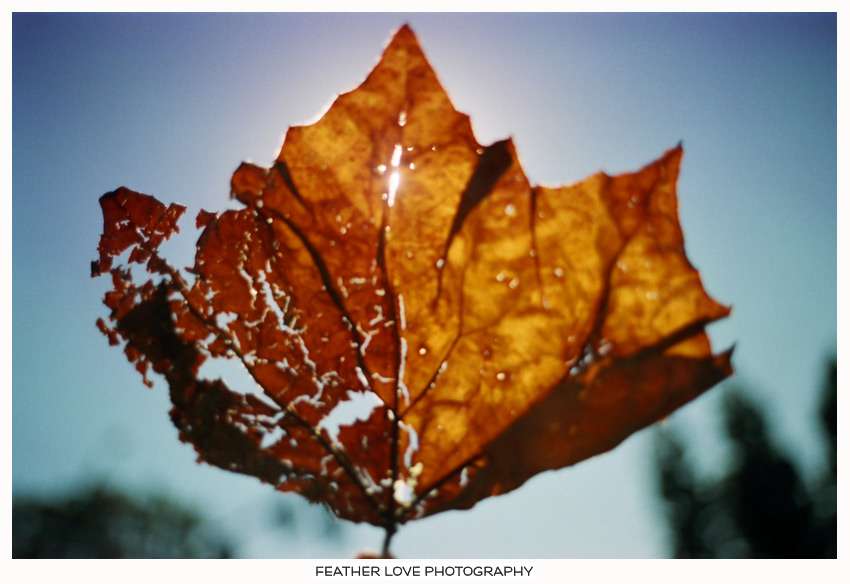 Amber’s question:
“how do you not take this stuff personally? when i was reading through the comments on the esb blog post, my face turned bright red i was so pissed. i’m working on separating myself – but my business is such an extension of myself that it’s hard not to take it personally.”

And here is how I answer this question:
BECAUSE your art is an extension of yourself you have to work on not taking anything personally as a PERSON first, then it just naturally seeps into your business/art. There is no separation between who you are and your work. I think to really accomplish personal success we have to be thick-skinned. Nobody ever got anywhere by worrying about what people think, because it’s much easier to just not do anything in that case.

As artists we are built to be super-sensitive, but I think part of our growth is to learn to focus all our sensitivity into our actual work and the things that inspire that work, and not on things which don’t matter, or things we can’t change, like people & their opinions & ideas about you/your art. It’s futile, hopeless, to concern about that. But we can use our sensitivity to our advantage, in fact I think that’s the point of growing as an artist, learning to control and hone that sensitivity so that it benefits us instead of becoming our detriment.

Reality says that people are always going to think what they think and there’s nothing you can do about that. Getting frustrated or wanting to change their opinions is only going to waste energy, stress you out, and block you off from your true creativity. I create art that satisfies me first, that’s it. If I’m satisfied then I’m good, if not, I work on it harder until I am. It’s much easier to just deal with one person and that individual’s crazy ideas & opinions than it is to deal with the entire world. And that one person is always your worst critic- right? So I find that to be challenging enough on it’s own.

I don’t believe that being an artist means that you get to take it easy and make pretty pictures. I strongly believe that it means you need to commit to throwing yourself into the crazy abyss of subject matter that nobody wants to deal with. Art is truth. All that deep stuff, the human condition, what I like to call ‘the nature of nature’, it’s our responsibility as artists to deal with that, take it in, and then find a way to express that idea or feeling in whichever form we choose … If you want to be an artist, that’s your job, that’s part of your purpose. If art is ‘in the eye of the beholder’, then we really need to understand what we have gotten ourselves into by choosing this path: We are actually creating things that people will or will not like. That’s the reality. And in regards to who we are as people, good luck trying to get everyone to like you. It’s not going to happen and it certainly shouldn’t be our focus. Again, there is no seperation between you and your work. It’s the same.

So the most crucial thing we can do is focus all our energy into concerning about how WE feel about ourselves & our art. Other people don’t ever truly know you, and you cannot read their minds to see what they really think, so no use getting pissed.

For example, here’s the process I went through when reading the comments under my ESB guest post that Amber was asking about, and why I didn’t get offeneded or upset but instead I enjoyed it. Like someone who commented by calling me a “pooh pooh” (which is still my most favorite name anyone has ever called me) and the suggestion that I try and get a ‘non-artiste’ job so that I could understand what an important job was all about etc. So here’s my process: Initially I was thinking- ‘uhm yea that’s not even true because I have had 1 million hard jobs before this one’… And it almost potentially upset me for a second because, you know- it’s not fair, she doesn’t know me!… then I was all, who cares what she knows or thinks or what she doesn’t know? There’s no way anyone could ever know everything about you… what they think is their business, really it is. It certainly is not my business. I have enough on my hands just dealing with myself. Then after that I realized how funny what she said actually was. Then I realized like wow, she must be kinda upset spending time writing that, maybe homegirl hasn’t gotten laid in a while or something, then I was like yea that would suck, I would be super bitchy too, then I felt like I could totally relate with her, then I realized we are all exactly the same. I’m a bitch sometimes; She’s a bitch sometimes… We’re the same. So I poured a drink, sat back and read all the comments and had a really good time (since I couldn’t think of a movie to watch that would entertain me as much that night anyways). It was exciting. And it went from potentially-shit to super-rad in like 10 seconds flat.

That’s how quickly one thing that I could have chosen to take personally, became something I enjoyed. And to be perfectly honest- I AM a pooh pooh, I am many things. I am not going to pretend that I’m not an asshole sometimes, OR deny that sometimes I am really good to people. When someone attempts to insult you, they could actually be right. Sometimes I am an asshole, and sometimes worse (just ask my husband). And every single person I know is sometimes both too. Let’s not pretend that we are anything else but all of the things we are.

So anyways, that’s how my brain goes from almost being insulted, to straight not giving a fuck, to actually feeling one with that person, seeing the TRUTH in their “negative” remark, and then most importantly, finding the comedy in it all. My goal is to find the comedy in as much as possible. And the only way to do that is to realize how futile it is to concern about what other people think, realize that sometimes they are actually right, and how no matter which way you cut it- you are just like everyone else.

In no way have I mastered this, but it is my goal to continue to learn how to not take things personally, because it’s NEVER personal- all the judgments we make are really about ourselves. And the small amount of improvement I have made in this area in the past few years has increased the level of enjoyment I get out of life, people, my work, and myself. And this doesn’t mean that I’m not sensitive to anything or anyone, I am, but I make a conscious effort to make a decision about what I am going to be sensitive about as much as possible. There are still things that will upset/offend me here and there, but I have boiled those things down to what I think is important.

Anyways, I figured since a few people have asked me about this subject, I may as well post it on my blog and whatnot.

If this sort of subject matter interest you, I cover a lot of what I like to call “artist philosophy” in my workshops… You can get on my mailing list here to find out about my upcoming workshops.

And here’s a photo of my cat Russia who never takes anything personally, ever. I’m posting this for Amber because she and Russia fell in love at my workshop… Amber, Russia says: Yo, what up. xx 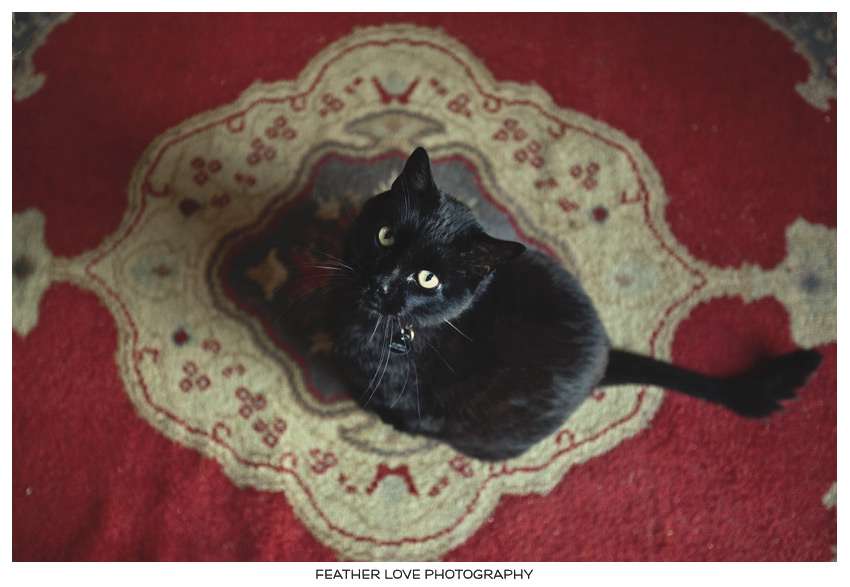